Kageri Rock "The Hill of Resistance" 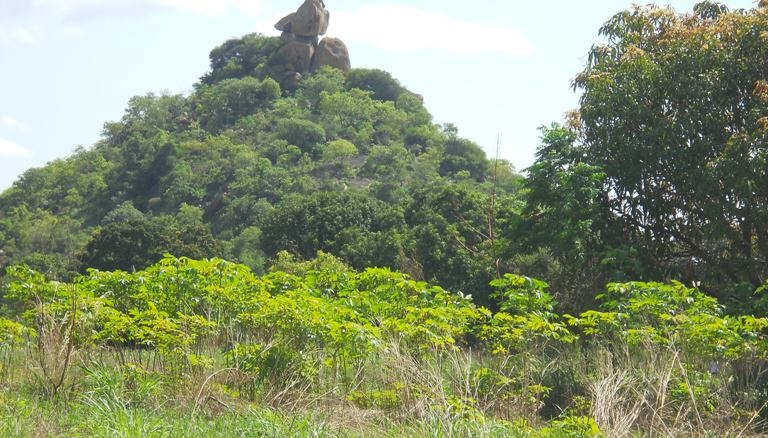 During the reign of the Buganda King Mutesa II, after Buruli being forcefully annexed to Buganda, there was a very special rock close to what is now the District capital Nakasongola. The rock, perched on top of a hill, was so outstanding because looking at it, it seemed that the stones were out of balance and could fall and roll off the hill any moment.

King Mutesa II one day decided to visit the rock and climb it, accompanied by his wife. All the way to the top his servants had created an ordinary footpath to climb the hill with the least possible resistance.

The king clearly had a plan, knowing that the Baruli who lived in this area, considered themselves to be colonized by Buganda Kingdom against their will, had to be taught a symbolic lesson. So with a Buganda flag in hand, Mutesa II climbed the hill destined to plant it on top of the highest rock and show his mighty.

Legend has it that while Mutesa II, after reaching the top, tried to plant his flag, the highest rock suddenly started shaking and moving. Next thing the rock flew far away and ended up in Lake Kyoga. On the rock that remained balanced precariously on the hill, Mutesa II planted his flag.

This rock is located in Kageri Village in Wabinyonyi sub county Nakasongola district. The site is significant to all Baruli community in Buruli sub region.